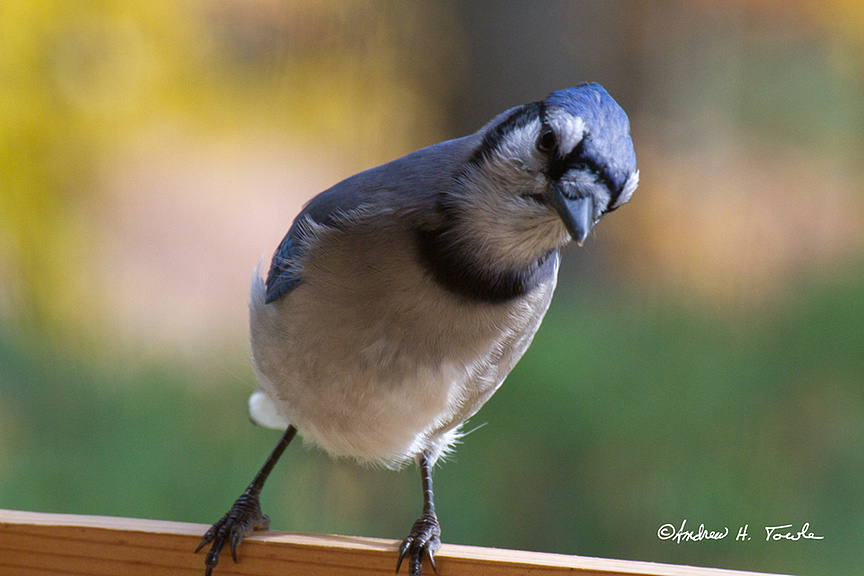 In darkness, our trip began with a chill in the air and heavy traffic on the Beltline. It's Saturday, so much traffic. It must be the old thoughts of living in a much less populated place, where crunches of cars took place between six and nine in the morning Monday through Friday.

We expect the drive to take five hours. Boulder Junction is approximately 233 miles away, and traffic may be thick all the way to Wausau or Tomahawk, who knows. It's been years, no decades since I'd driven this far North, and I had no idea how long it would take.

Trees were color-changing already. Some were just beginning, others showing partially bright shades of yellow, some dull red, and some almost naked of leaves. Construction slowed the journey at Portage, though not much. Full speed ahead.

Coming into Wausau we pulled into a mall for a brief stop, relieved ourselves, and hit the road again. I marveled at the changes; a freeway runs through former farm fields and revealed previously unknown vistas. Growing up here and then leaving for so long, I was in a strange land.

As a kid, Hwy 51 was a two-lane road, and once you left Wausau there wasn't much between you and Tomahawk except trees, deer, a river, and Merrill. As a child driving to Tomahawk was a road trip, and seemed to take forever. Not any more.

Cars dropped by the wayside after passing the turn-off to Tomahawk. The four-lane ended, and it became important to not miss any road signs pointing to Boulder Junction. Only those with serious intent continued further North. Serious intent may be defined as bowhunters, committed hikers, visiting relatives, and those interested in discovering 'Fall Colors' in full bloom.

We shared two categories; visiting relatives, Tom is one of Sue's brothers and looking for fall colors and bright images to record the visit. Pulling into Boulder Junction we played tourists and shot each other with our heads sticking through the standing cutouts at the Information Building on the edge of town while we waited for Tom to guide us to his new residence. He was kind enough to take a shot of us together as we stood in one of the hokey cutouts.

Boulder Junction is a jumping-off point for anglers, boaters, hunters, hikers, campers, and summer vacationers looking for that wild, but relatively safe experience. It will not disappoint those who make the trip. But come early and leave as late as you can.

Tom is one of those campers who has traveled far and wide. He is quiet, unassuming, an excellent cook, and experienced with a woodsman's knowledge of nature, more comfortable among lakes, streams, forests, mountains, and wildlife. Though on certain subjects his conversation flows like a cool bubbling stream.

The rest of our Saturday began with a stroll through a few shops in town, and then off into the woods we ventured, stopping at three different lakes, with two boat launches that provided an open view of each lake, and paths to camping areas. Leaves were falling like snowflakes, though somewhat slower in their gentle descent.

Star Lake came with a small windowed shed and a 'Minnows' sign prominently displayed on the building exterior. The interior of the shed was glassed off so visitors were allowed to look inside this one-room museum. It had been hosted by two sisters; Edith and Hazel, local characters who sold bait, and other fishing gear, and provided information to those who wanted to know more about the area.

There is a small plaque near the shed with a dedication to the two women who served anyone who came by, offered advice, and gave away smiles to everyone.
Who could possibly resist? Sunshine and rainbows, those two.

Photographing their shed and the memorial fishing monument with plaque did not cover their contribution. How could it? It must have always been a treat, a privilege, and a gift for those who knew them, to have known them.  How many of us go through life and never meet wonderful characters such as these?

'Ever on...' Dan Fogelberg. Those who know will understand, those who do not, spend the time, do a little research, look it up. Find out something new.

We returned to the road. As we traveled back, I asked Tom to stop and go back about a quarter of a mile. There, a group of trees, with all yellow leaves stood in the sun, black bark trunks of other trees spaced unevenly between them. It caught my eye and the contrast, the stark beauty of that stand formed a memory. I knew it needed recording.

I took two images but knew immediately after taking the second image, the first one was it. It's a wonder how that works sometimes. I made an image like that with a firefighter in Arizona at a brush fire along the Bee-Line Highway. As soon as I pushed the shutter, I knew that image told the story.

The firefighter was carrying a heavy and large hose over her left shoulder. She glanced at me, smiled, and kept walking. The image showed her smile and over her shoulder on the highway above us, her crewmates were doing some of the clean-up that was left. The burned brush was a black area near them. It illustrated the difficult part of the job; working a steep downgrade, attempting to put out a fire or at least control its burn.

Those are the rare moments. The moments that freeze time, freeze the mind and encapsulate an entire event. Sometimes you know right away. Sometimes you see it on the download and editing process.

We returned to Tom's place, had some snacks. Sue laid down and took a nap. Tom and I traded stories. Each eager to impart an old adventure, and make it new again to fresh ears. Too bad we weren't sitting around a campfire on a lake in the middle of nowhere. But being in Boulder Junction, we were as close as you can get to that.

Tom prepared our evening meal, as we three chatted on. His cooking skills are first-rate. It was a challenge to not stuff one's face but eat politely. Sue's chocolate chip cookies were a fine treat after our meal.

Morning light came slowly through tall trees. Sue and Tom were already up and talking. I made my own coffee, as my version is stronger, darker. We sat and talked, watched the birds at the bird feeder on the porch. I shot a few images.

Some of the smaller birds at the feeder, like juncos and nuthatches, are extremely swift and jump around quickly from spot to spot. It is difficult to get any clear shots. Larger birds do not move as swiftly, but still, they tend to hop around and move quickly. A few images emerged worth saving.

We offered breakfast on us for Tom, and off we went to a local restaurant. Good food, good company, and a short ride around town after our meal. As fortune would have it, we managed to discover a small herd of doe in a neighborhood near the downtown area of Boulder Junction. Got a few shots off, but only one worth keeping. So it goes.

We said our goodbyes and headed south. As soon as we left the area, it began to rain. Rain turned to snow, and soon we were traveling into a huge storm with shallow visibility.

By the time we passed through Wausau, the storm abated, turned to rain again. As we bypassed Portage the clouds were moving swiftly and it looked like a break in the clouds might expose some sunshine. Didn't happen.

At least the storm had passed and our journey was calm as we pulled into the Madison area. As the days passed my mind was still reeling from the adventure. Tom's place is cozy, quietly peaceful, and far enough away to snatch your breath without offering an inhale.