A Travel Event - A Visit With Jo 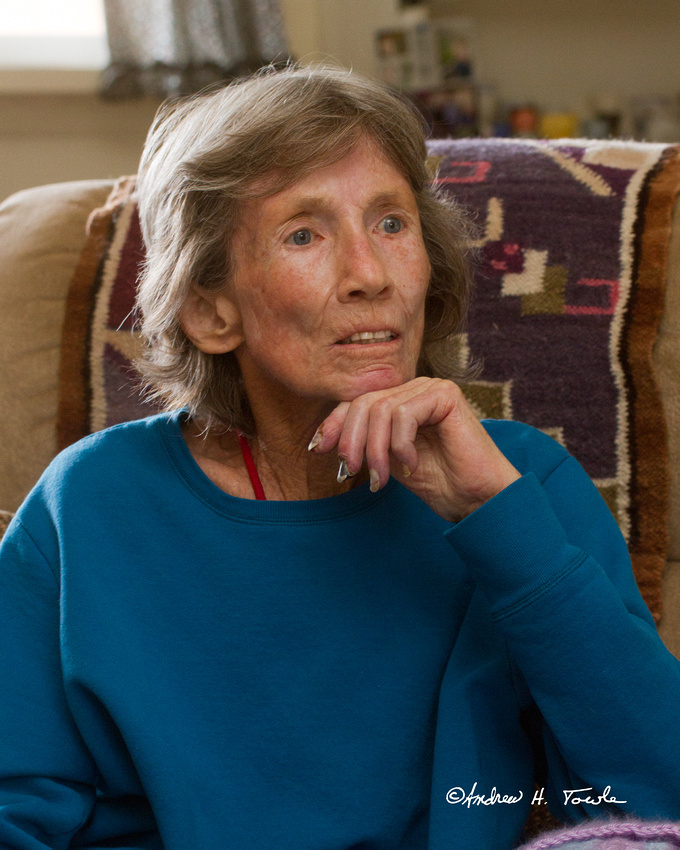 A Travel Event - A Visit With Jo

Late afternoon flights are not exactly a preferred time to travel. However, one books what is available and cost-effective. Sue took the best route to the airport. But then she is a seasoned traveler, knows her way around Madison, and a fearless driver. We embraced, said our salutations, and went our ways. Her back to our place and me into the strange world of travel by flight.

It seemed the flight to Denver took way too long, though I’ve no experience with flight paths, arrivals, and departures for any of the major airlines or airports. First time in first class. Did not request it, but there it was. Nice.

Getting into Phoenix after 8:00 pm, I knew there was still more travel time to the Show Low area. Plus the prospect of elk on the road at any time after leaving the Payson area is always a concern.

Elk were spotted along the route, though none jumped out in surprise to ride my rental. Arriving in Linden, Wiley’s directions were easy. Though I knew Burton Road and had scanned that portion of Linden many times on Google Earth. Rough road after passing Burton Tank, all the way to Moonshine Circle.

Morning came and presented a fantastic sunrise. The only images I took on this leg of the journey. Couldn’t find the coffee in Wiley’s kitchen. I saw a pot ready for the next percolation but no coffee. Hmm... got dressed. Drove past my old place in Lakeside. There was a ‘For Sale’ sign in a front window. A head-scratcher, that. He just bought the place.

Parked in Denny’s lot. No cars. That was a puzzlement. Ordered breakfast, turned on my iPad, and poof, the restaurant filled with people. A small sigh of relief.

It was satisfying to visit with so many old friends at the White Mountain Independent. I began to think I budgeted too little time for this trip. Too late.

Did have some great though short conversations with Terry Corrigan, Debbie and Jenna, Corrine, Mike Leiby, Bryan Cramer, Mark, Barbara Bruce, Andy Staton, and later, a few people at Sportsman’s Warehouse. Was unable to connect with two friends, Bryan, or Lloyd.

Quality time with Wiley in his office, and then off to visit with Jo. There are mixed feelings of writing about my final conversation with Jo. It was mundane. It was a search for a deeper connection. It was a walk on thin ice, as to her emotional connections with others.

Some aspects were sharply personal, displaying much courage on her part, as she revealed her pain, her thoughts about her current situation, and what it is like to want to die but not succumb to the temptation of letting go completely, but following the rule of Catholic doctrine, as she suffered with the insipid torture of her body shutting down.

There were moments when pain ran across her face like lightning, as she attempted to remain calm, and change her position in her chair seeking a comfort always out of reach. Seeing this first hand without power to assuage her aching body, to halt this slowly progressive demise was chilling, shivering in its impact.

For a brief time, she laid on the couch searching for sleep. She said she liked the sound of my voice, and could I keep talking. I picked up a week old Independent newspaper and read a few articles. She asked for more.

After a while helping her to her chair again I read more. We ended with the police blotter and some of the foibles of those who defied the law and were either fined or arrested again for their efforts. I asked about her son. She mentioned they did not communicate much but they both knew of their love for each other and that he had his own path to follow.

I was struck by her answer. My first thought was; this is the code of the West frontier people used and is still an aspect of the lives of those who have lived in this harsh land, who have been subject to the winds, and the ways of frontier life. Living in the West there isn’t much help when things go wrong or something breaks when you really need it, and fixing it yourself is the only alternative.

This has forged a self-reliance those who live in large cities have no experience with. It has framed an attitude of government help as a weakness and reinforces a code of this is life and I can live on my own and find a way to remain independent.

This is a part of Jo and has been for as long as she has been a resident of Arizona. Another aspect of Jo is her generous nature, though there is a certainty she will deny it, and refer to it as just a ‘help’ for someone who needs it. No doubt there are others who have their own event in which Jo helped them as well.

For a week during my first few months in Show Low working at the White Mountain Independent, I was without a place to live. Having a key, I snuck into the newspaper office way after working hours and slept on the plush carpet of the publisher’s office. Before anyone else arrived I’d wake up, leave the office and come back at the regular work time in the morning.

One morning, I overslept and was caught. That day after work Jo took me in and said I could stay with her until I found a place to live. It was an unexpected relief. I did find a place, but never forgot Jo and her kindness, offered and given without fanfare, just simply as one person to another. It was her way.

Her way was the way of those who survived in this severe land of Arizona and eventually thrived through their independence, strong will, rugged work ethic, and just plain tenacious ability of living with nature’s seemingly absurd demands.

Now Jo mentioned her readiness to leave this life. She knew from here on out it was a matter of time, and she was prepared to go. Unable to write anymore her mind however could not let go of writing. Her whole life was bound up in writing.

She said she had let go, though that was not the tone in her voice. It seemed more likely she was somewhat angry at her body for its betrayal in crippling her hands, but leaving her mind clear, sane, and sharp.

There are occasions when people say one thing, and mean something else. It usually occurs when they repeat themselves and insist it is what they mean. She mentioned she had tried dictation but that it didn’t work for her.

No, of course not. It was a pasty imitation of her writing style. Putting words on paper with her own hand was a direct, meaningful, and simple effort expressing her thoughts, making them clear when expressed on paper.

There were tears when we parted. I knew from how she answered my query about her son that revealing how I felt about her might muddy our last moments together. Be good Jo. I will pray for you. Take care, and I’ll see ya.

Everything else after our visit was pale.