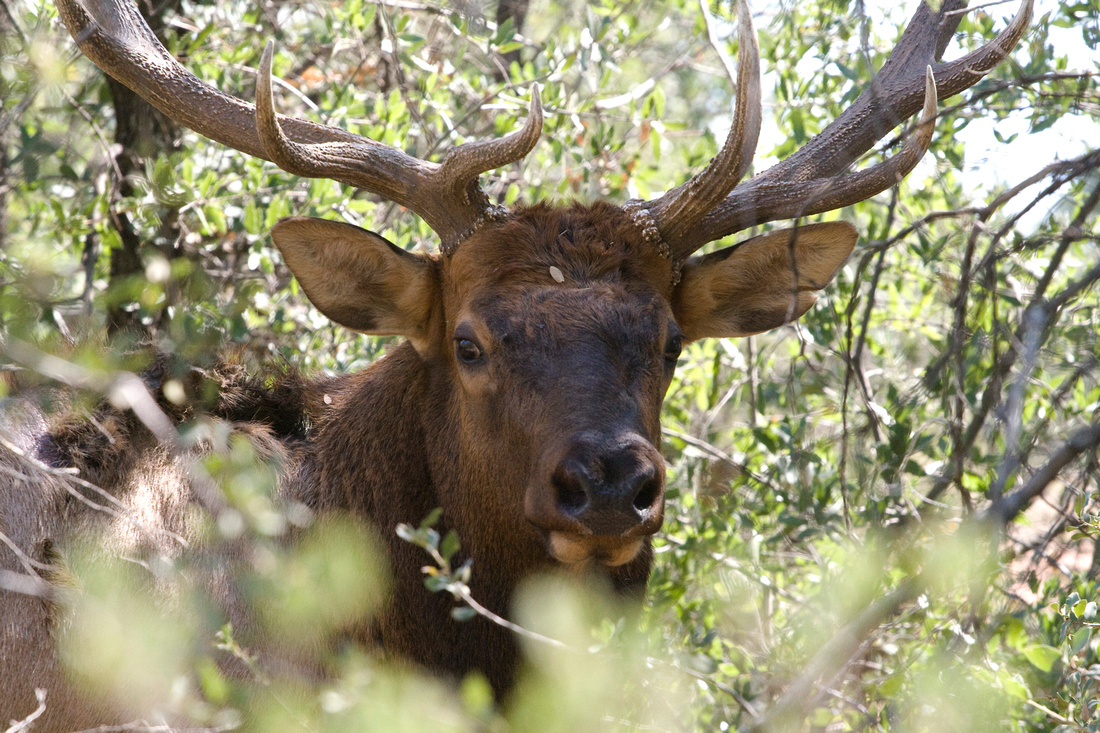 The Morning Walk evolved from an opportunity to be out and about and maybe get a few good shots in the morning, to a ritual. A ritual of stepping out of civilization and into the wild. Yes, that is a bit of a stretch, though in places like Arizona, not so much of a stretch.

By doing this early in the morning, before sunrise, chances of being alone without humans, and being in the presence of wildlife was greatly increased. The one mainstay that has always worked for me in regards to photography was no expectation of success. For example; I never left the house thinking: 'today I'm going to get the best shot of my life.'

In this way, I was never disappointed. It's like a door-to-door salesman hoping for a sale. If you think every door you knock on will be a 'sale', you will quickly become discouraged and dread each house call you make.

Conversely, if you expect a 'no' every time, but make the best effort every time you have no expectation of success, you will not become discouraged. Realizing you were at your best being out there, finding wonder in ice crystals frosting a fence or seeing a coyote stalking a dog, or watching a raven playing with wind in the air, you have been exposed to natural elements most people never see, appreciate or enjoy. That is success. Getting a decent image is a bonus.

The Morning Walk started in 2007 and continued up to my departure from Arizona. During that time I saw many fantastic sights, heard many sounds of nature at its best, and even shot some good images. Living in Linden was a gift.

I could step out the front door, walk half a mile, and find a coyote stalking me, or a wolf watching in the distance, or come across a small herd of deer in the trees. Always in the presence of elk, ravens, hawks, cattle, and horses. During this time three incidents took place that shattered my experiences.

All three involved elk. The first one was only heard. One cold winter December morning Brownie and I were walking back to the house when we heard an elk bellow. We stopped in our tracks, slowly turned around, and looked to a ridge just above Frost Ranch Road.

Brownie sat down and kept looking over the ridge. I stood still, waiting. We heard the elk bellow again. The sound was more of a plea, a cry for help. As soon as the elk bellowed, one or two coyotes barked and squealed, and yipped. The elk bellowed again weakly almost a whimper.

More coyotes yipped, barked, and howled. Silence. The elk bellowed as best it could, sounding painfully panicked. The coyotes now began a non-stop chorus of barks, yips, and occasional howl.

Once more the elk bellowed. The coyotes began their chorus immediately. Sounding like a multitude declaring victory, the howling drowned out any other sounds.

Then, Silence reigned down that ridge like a roll of thunder. It was like sound had vanished from the earth. Nothing could be heard. I stood there, facing the ridge, and knew what was happening now.

Brownie got up and began walking back to the house. I could not move. I finally turned and walked back home in shock, awe, sadness, and wonder. I recorded a video of what I had heard. I couldn't write it then, I had to tell it. Speak it.

About a year before I left the house in Linden another incident embraced me. It was early Autumn, a chill in the air. The morning was still dark, too dark to shoot anything, but I knew elk were in the area, I had heard a few bellows when I left the house.

As I approached the first curve by Frost Ranch Road, I saw a shadowy figure on the west side of the fence. I was unable to discern what it was. There wasn't enough light to see clearly. It looked like something huge on two legs slowly walking toward me. Adrenaline rushed through me.

Then I heard an elk breathing heavily as if it couldn't catch any air. It huffed and puffed walking slowly in my direction. I froze on the road. Brownie too stood still, not making a sound.

The elk approached, and I could finally make out its features. It only had one antler on its left side! OMG! It snorted, stepped over the barbed wire fence, and took a few steps on the road toward Brownie and me.

I remained still, just looking at it. It was light enough to see each other but not enough light for a decent shot. It continued breathing heavily, staring at me not sure what to do next.

It finally decided we were not a threat, turned, walked over to the next field, stepped over the fence, and up into the brush on the other side of Frost Ranch Road. It stopped then, apparently to catch its breath, as I could hear it breathing hard, gasping for air.

It crashed through the brush knocking branches and breathing heavily until I couldn't hear it anymore. My heart was pounding hard. I had met, shared space on the road with, and stared down an elk with only one antler. Ya don't get to do that every day.

On our way back to the house the sun had risen and was warming the air as I stopped where the elk had stood on the road and looked down; there were several drops of blood spatter. It had been in a fight with another elk and lost.

I've wondered since if it survived or died from its wounds. Once again I felt privileged for the experience of sharing space with this huge creature who had lost a battle, been seriously wounded but managed to at least walk away with its life for the time being.

Leave the house with no expectations and reap rewards. One of my last walks up Burton Road surprised me once again. I knew it was elk hunting season as many people were coming in the store, buying clothing, shells, etc. I thought I'd better be careful on this walk, as hunters may shoot first and examine what they shot after the fact.

I didn't know if this area was designated or not for hunting at this time. I knew elk were in the area and thought it might be nice to get a few shots of my own. If not, that's ok. I'd just enjoy seeing them or being out here enjoying the morning quiet.

I did see five cows and one huge bull elk too far out of reach. I took a few shots anyway, as they jumped a fence and disappeared into the brush.  I walked a little faster up the hill as I now hoped to be a little closer to them and maybe get a shot of the bull elk.

Instead, I heard the sharp crack of a rifle. I ducked, ran to the side of the road near some brush and waited to hear another shot. None came.

In contrast, I heard a woman's voice shouting: " I got him! I got him with one shot!" Apparently, she had called someone in her hunting party to exclaim the news. My heart sank. I had shot him too, but mine was an image of him looking at me before he jumped the fence.

After about a minute of taking my shot, he was dead. It just grabbed me hard that I was recording his magnificence and someone else was destroying it because they could. I was angry, hurt, disappointed, and saddened.

I found out later that it was an illegal kill. This area of Burton Road was a legal hunting area, but not at the time of this kill. A fitting farewell to Linden. The area is in transition and the elks departure was part of my departure.

The Morning Walk, and the Afternoon Walk have become symbols more than an experience these days. That is alright. This is different country, different stories, and a different life.